Overcoming your fears in a group

You don’t get to pick your own family and I’m sorry but neither do you get to pick the people in group-therapy. That’s fortunate, because it’s unlikely you’d choose the stereotypes you dislike the most to be in your group and let’s be honest: why did you need this therapy in the first place?

Beauty and the beast

When the eight members of the group arrived – among them the Rietveld Art Student, the Successful Creative and the CEO of a Big Company – it was written all over their faces: “What are YOU doing here?”. Of course I knew they all had the same sort of complaint, but they didn’t. I had put them together because each one had anxiety attacks and thoughts and feelings of insecurity. For the first session they all told something about themselves, but the conversation was kept at quite a superficial level. Until we reached a session in which the members of the group began to serve as examples for the others, of moments where they felt insecure or fearful.

The Rietveld Art Student, with her luscious curls, freckles, pink scarf, red leggings and trendy sneakers, told us how she always felt intimidated by men in suits. Next to her was the CEO who always came to these sessions straight out of work, in his suit and with his briefcase. He was a big guy with blond hair, tightly combed backwards and he had these squinty Richard Gere eyes with which he only seemed to be able to look stern. With his strong attitude he appeared to the Rietveld Art Student as the ‘Beast’ appeared to the ‘Beauty’. While she kept a close eye on the CEO, the Rietveld Art Student told us that even the guys in suits working at the Vodafone shop made her feel uncomfortable. The CEO turned and looked at her, slightly surprised. The sternness had disappeared from his face which gave the Rietveld Art Student the affirmation to say what she had noticed recently: “The funny thing is that recently this feeling has become a lot less and that’s because of you,” she looked the CEO straight in the eyes, “and that’s because you told us about your anxiety attacks during important management meetings or whatever you call them.” For a minute the CEO didn’t know how to react and started to shift uncomfortably in his seat. For a moment he seemed to be embarrassed about the fact that he had to call my Two Minute Therapy because he thought he couldn’t handle his work anymore. But a smile appeared on his face and he said: “Actually, you did the same for me. I was always jealous of people like you: those who seemed to live life free from any kind of responsibility but, thanks to your stories, I came to realize that things aren’t always the way they seem to be and that, in the end, we all have our own troubles.” From the expression on the face of the Rietveld Art Student I could see that to her ‘the beast’ had changed into a kind and sincere man.

The example above shows how people can learn from each other in group-therapy. I think it can be a beautiful lesson in realizing what you make of someones identity – at least that part which you value the most at that specific moment. For example, this could be how we interpret the way people dress: if this is the way you dress, everything must be alright or you’re self-confident. Depending on our own insecurities and desires we often think we are less than someone else and, when we allow these thoughts to lead us, they are exactly what create fear.

To do something about this it’s important that you’re aware of the thoughts that can create this insecurity (and sometimes panic) – like men in suits. Another excellent example of this is the fear that is caused by thoughts connected to failing. For instance, the Successful Creative in this group was anxious about failing during meetings. When it was his turn to speak, he would think: “Oh, what am I supposed to say? I’m probably going to mess this up! They’re expecting something from me, they want me to do this well and what if I say the wrong things…”. Combined with this panic his voice would drop an octave as soon as he eventually started to speak. The Successful Creative thought this made his insecurity extra obvious. However the feedback he received from the group, having experienced this lowered voice, was that by lowering his voice he actually came across as very self-assured. An excellent example of how people can wrongly perceive things and how they can let their thoughts be influenced by it.

The therapist in therapy

I myself enjoy the dynamic of people together in a group. The leaders that arise, the followers, and how this function also changes. People usually assume the same role they play in their daily lives (as a leader, or a follower, for example), but are confronted and challenged with that during these group sessions. That also applies to me: there’s always a moment that the group is annoyed with the therapist and that’s a great moment, because that’s when I know they have created a bond. 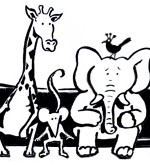 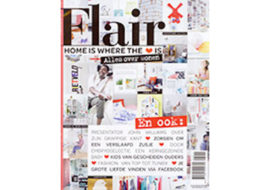 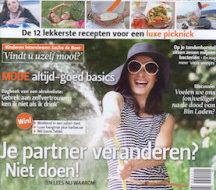 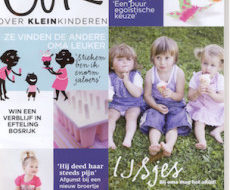 As a new student Psychology I was, just like many fellow students, interested in people and the why and how of their behaviour and emotions. In 1994 I started studying Clinical Psychology at the Free University (VU,Amsterdam), to understand people and then , with my knowledge, really help with their problems and struggles.

Do you need more information or would you like to make an appointment for an introduction? (free of charge)? Please fill out the form or call 020-2445292

Fill out the form

Sometimes it can be easier to talk on the phone - for example, if you have to work late but you do have time during lunch, or if you are unwell, and stuck at home. It is always possible to arrange a telephone call as long as advance notice is given, and both parties mutually agree.

If you are traveling or when you would like to have your session from home. A Skype video conversation comes closest to a "normal" session at the practice. Please call or send an email first.